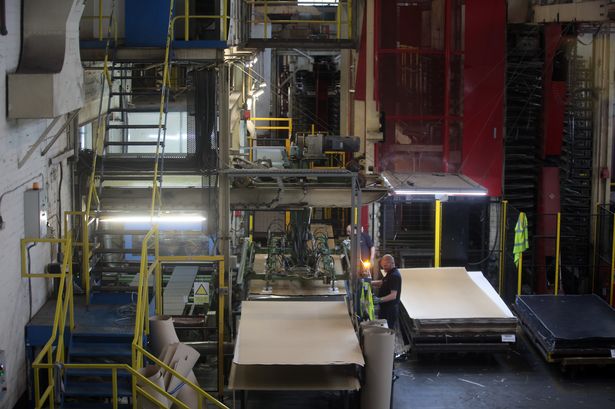 Dutch firm Broadview has bought the long-established firm in a £664m deal.

A multi-million-pound deal to sell North Shields’ Formica Group to a Dutch company has been completed.

The sale of Formica, which came after its previous owners decided to concentrate on its operations in New Zealand and Australia, was first announced last December but was subject to regulatory processes.

Broadview Holding B.V. has now signalled that the sale – which was previously said to be for $840m (£664m) on a cash-free and debt-free basis – has now completed, and said it hopes Formica will benefit from being part of a large multinational group.

A statement from the company said: “Broadview welcomes the Formica companies to its family of businesses in the field of material technology which already include Arpa, Trespa and Westag.

“With combined sales of €1.2bn and circa 6,000 employees, the expanded group will have a leading global position in surface materials.

“Combining Formica’s brand and distribution network with the technology base and product portfolio of its new sister companies will offer several benefits to Formica’s customer base, thereby also supporting profitable long term growth of the business.

“These benefits include access to the proprietary products from Arpa, Trespa and Westag as well as strengthened investment in the development of innovative superior surface solutions.”

Formica’s North Shields factory dates back to 1945 and is well known to thousands of motorists because of its location next to the Coast Road.

The site received major investment from then owners Fletcher Building in 2018, but the New Zealand company later put Formica up for sale as it moved to strengthen its balances amid big losses in its native New Zealand.

Bosses at the Coast Road site said its long-term plan was paying dividends after a time of uncertainty. More than 500 people are currently employed by the company.