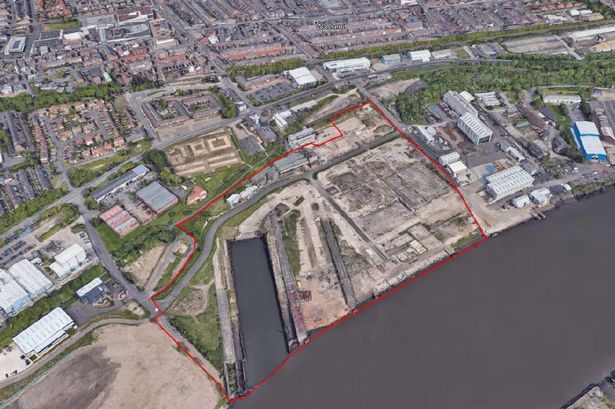 The former Swan Hunter shipyard in North Tyneside has been put up for sale in a bid to breathe new life into the site.

More than a decade after the Wallsend shipbuilder’s towering cranes disappeared from the skyline in 2007, significant investment has seen parts of shipyard transformed into new uses, including the £1.9m Centre for Innovation which opened three years ago and Neptune Energy Park.

Now, as the culmination of 10 years of investment in the area, North Tyneside Council is inviting bids for 1.4m square feet of land – 31.96 acres – which could see a new business to the North East tap into the region’s thriving offshore and energy sector.

Firms have until 12pm on October 25 to send sealed bids to the council’s chief executive Paul Hanson.

“The authority is seeking offers and development proposals for occupation by businesses in the offshore energy, subsea and marine sectors and supply chain in line with the authority’s objectives for the site and planning policy.”

And in moves to show how prospective tenants would have access to a pool of newly-trained skilled workers, the document highlights how the Newcastle College Energy Academy lies close by, providing training from level 2 to degree level in renewable technologies and subsea engineering.

As well as price, bids will be scored on vital criteria including job creation, and how proposals demonstrate and maximise job creation in the offshore, subsea and marine sector, as well as what measures will be put in place to ensure it has a positive impact on the communities around Wallsend.

John Sparkes, head of regeneration and economic development at North Tyneside Council, said the redevelopment of the site could bring economic growth to the whole area.

He said: “The Swan Hunter shipyard is an iconic site that embodies the proud industrial heritage of Wallsend and North Tyneside.

“The council and its partners have led the regeneration of the site including the creation of the Centre for Innovation which is home to eight new and existing businesses focused on the offshore and subsea industries. As part of the next steps with the regeneration, the council has recently taken the site to market for sale or long-term lease.

“This is the culmination of 10 years of significant investment to ensure the site can be brought back into economic use providing job and investment opportunities.

“The regeneration of the north bank of the Tyne has seen many companies develop in the offshore and subsea technology fields and there is significant interest in the site.

“The council wants to see the site kept as a single asset which contributes to its wider regeneration objectives, which include economic growth and will benefit the wider community.

“Moreover, it is hoped that the benefits of bringing the site back into use will have a positive impact on Wallsend town centre and the wider area.”