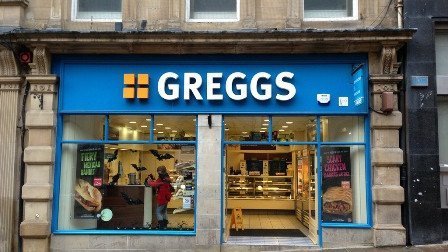 Bakery giant Greggs has experienced a record year with the company reporting a surge in sales and pre-tax profit in preliminary results, which was buoyed by the continued popularity of its vegan product lines.

Pre-tax profit climbed to £108.3m, up from £82.6m in the previous year, with the company managing like-for-like sales growth of 9.2 per cent.

Greggs, which operates from its headquarters on Quorum Park in North Tyneside, has said that customer visits began to build during 2018.  They stepped up again with the launch of its new vegan product lines in January 2019, which includes the arrival of a vegan steak bake.

During the period, the company also opened a net total of 97 stores, with the business having 2,050 stores as of 28 December 2019. Greggs also rolled out its delivery service in partnership with Just Eat.

The business experienced a strong start to January 2020 but storms caused a significant slowdown in February.

Chief executive Roger Whiteside said: “2019 was an exceptional year of progress for Greggs, during which we experienced a sustained increase in customer visits as increased awareness and appreciation of our brand gathered momentum.”

“There is some uncertainty in the outlook, particularly given the potential impact of Coronavirus.  This aside we expect to make year-on-year progress and will do so from a strong financial position.”