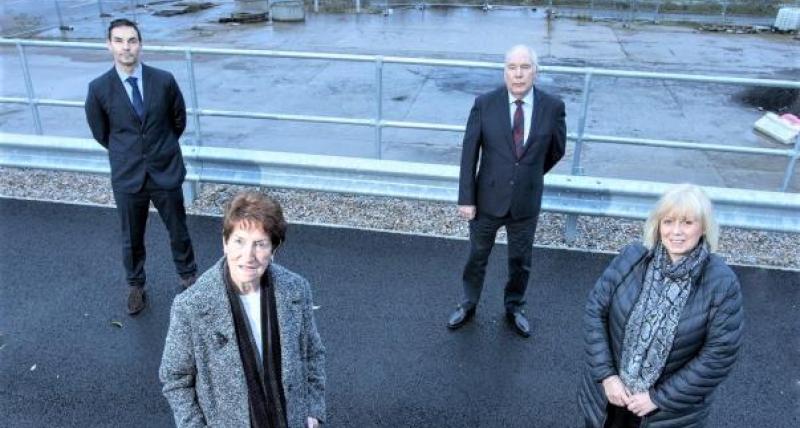 North Tyneside Council has secured an exciting future for Swans Energy Park, the historic former Swan Hunter shipyard site, as a major asset to the local and wider economy.

In May 2019 Cabinet agreed to approach the market for the site and following an evaluation of all offers received, a deal has been agreed to sell it to the preferred bidder, Shepherd Offshore, who have major plans for the facility.

The new partnership is the next step in a strategy by the authority and partners over the last few years to bring it back into economic use. It is part of a wider long-term strategy to build on the success and develop the North Bank of the River Tyne with partners as a world class destination for offshore and advanced manufacturing.

Major investment, both from the authority and externally in partnership with the North East Local Enterprise Partnership (NELEP), has seen a number of significant infrastructure improvements in that time to get the large and complex site in a position for future investment.

The next phase of the redevelopment in selling the site to a company with offshore expertise and industry contacts will ensure employment is brought to the site.

For over 35 years, Shepherd Offshore have an established, proven track record of working with local government, managing, and developing assets and leading responsible regeneration in the region. The aim for the development of the Swan Hunter site is to attract mutually beneficial stakeholders who can bring both value to the site and wider community. This prospect supports the vision to continue the company’s focus on ‘responsible regeneration’, working in partnership with the local authorities and creating value whilst producing jobs and prosperity in the area.

The Centre for Innovation (CFI), which is also located on the site, will remain in the ownership of the council with the £1.75m project to refurbish the upper floors of the building now complete.

The creation of the CFI has already resulted in part of the site being brought back into use, creating hundreds of new jobs in the process.

Some of the major improvements already carried out by the council and its partners at Swan Hunter include:

The CFI has proven popular with the offshore energy and subsea sector and has been home to 13 businesses.

In addition, there have been 33 load outs for local businesses and engineering firm WD Close has leased three hectares of the site providing, at their peak, nearly 300 new jobs.

“This is such fantastic news for the future of the Swans site, which I know holds a very special place in the hearts of so many in North Tyneside – myself included, having grown up nearby and having family links to the old shipyard.

“I am delighted by what we have achieved with the site in recent years and I wish the Shepherds all the best for what promises to be an exciting next chapter in the history of Swans.”

“I congratulate both North Tyneside Council and Shepherds Offshore on reaching a deal that will see the former Swan Hunter site come to life as part of the modern industrial landscape of the North Bank of the Tyne. It’s great news for the people of Wallsend and the whole of North Tyneside. I look forward to working with everyone concerned to help bring the offshore and energy jobs to the site that has such a great world-renowned history.”

“The Swan Hunter site is a big part of our Ambition for North Tyneside plan, which sets out how we have regenerated the borough and how we will continue to do so over the next 15 years.

“It is also a huge part of our past – and one we are very proud of. We know how much its rich history means to local people and the area as a whole and we have worked hard to preserve and secure it and make sure it wasn’t broken up or turned into a breakers’ yard.

“I am delighted that we have been able to secure its long-term future which I hope will result in new jobs and opportunities for people here in North Tyneside and further afield.”

“The company’s strategy is to attract businesses associated within the offshore, subsea, marine and energy sectors to the Swan Hunter site to continue enhancing the region’s expertise.”

The former Swan Hunter shipyard has been an important part of the North Tyneside economy since Charles Sheridan Swan opened it in 1842.

The Mauretania was launched there in 1907 while high-profile ships like the Ark Royal and Illustrious were built at the site.

Cllr Pickard added: “This is about looking forward. World class companies work on the river today – just as Mauretania, Ark Royal and Illustrious were ground-breaking at the time, so is the work carried out today.”

“This is great news and marks a major milestone in efforts to attract new jobs and investment, particularly from the offshore wind sector, onto this regionally important Enterprise Zone site. The Council has made significant progress in getting the site ready for further significant investment.”