One month to go for Northern Tech Awards nominations 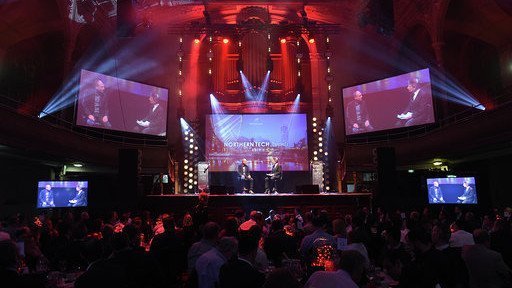 Nominations are open for GP Bullhound’s Northern Tech Awards 2020, which will showcase and celebrate the North’s fastest growing and most promising tech companies.

Taking place at Royal Armouries, New Dock Hall in Leeds on 26 March 2020, the awards will celebrate the digital economy of the North of England, Scotland and Northern Ireland and champion the inspirational founders who have contributed to its success.

Alongside recognising the Top 100 Fastest Growing Technology companies in the region, the awards will celebrate seven companies selected by the expert panel of judges deemed worthy of special Judges’ Awards.

The ‘Northern Stars’ programme encourages participation of earlier stage companies which do not qualify for the main Top 100. The category has been extended this year to provide 20 companies with the opportunity to compete for five dedicated judges’ awards and experience the occasion alongside their larger counterparts on the evening.

Hugh Campbell, managing partner of GP Bullhound, said: “We’ve been incredibly impressed by the strength and breadth of companies which have already entered the 2020 Northern Tech Awards, and look forward to seeing the remaining entries over the next month.

“The 2020 Northern Tech Awards will celebrate the vibrancy and tenacity of this digital landscape and embrace the significant potential of its future. We are very excited to see all the great businesses that will enter the race this year and strongly encourage ambitious and exciting companies to come forward and be recognised.”

To qualify for entry to the Tech 100, firms must have at least three years of revenue growth with a minimum level of revenue of £500k in 2017.  Northern Star entries are invited for companies with revenues below this threshold.

The 2020 judging panel will include industry experts from the tech community, including David Moss, chief technology officer and co-founder of Blue Prism, Paul Gouge, founder of Playdemic and Richard Flint, former chief executive of Sky Bet. Details of further judges will be revealed soon.