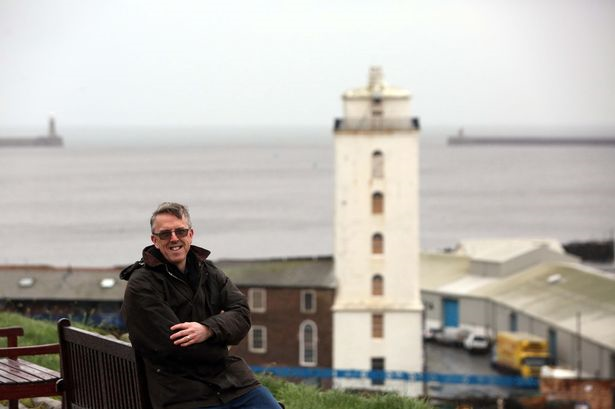 Twenty-seven years ago I arrived in North Tyneside for the first time. Newly taken on by The Journal, I needed a place to live.

There wasn’t too much internal discussion. I had never lived near the coast – and I wanted to. Young, free and single, I moved into a flat in Whitley Bay in June 1993. Now (no longer young or free or single) I’m a few miles away in North Shields.

For a boy brought up deep in the Midlands, 80 miles from the sea, my little adopted corner of the world is a wonderful place. There’s Whitley Bay, improving all the time from a rather tatty era in the recent past. Cullercoats, with its snug bay. Tynemouth, with its tremendous beaches. And, of course, North Shields, which has my favourite view of all, from Tyne Street on top of the bank over the Fish Quay, the Tyne and the sea.

Locals – and I class my Geordie-born wife and children among them – maybe take these locations for granted. I don’t.

My eldest daughter moved up to Glasgow a few years ago. We were up there last year and my daughter’s partner led us all on a jaunt to Glasgow’s beach. This was actually rather a long way from the city, out on the M8 past Greenock to a windswept arc of greyish sand by the Firth of Clyde. A nice spot as far as it went – but there are probably a dozen better beaches within a similar length drive of where we live in North Shields.

My daughter knew it. “They rave about this beach up here,” she confided rather disloyally out of her partner’s earshot, “but it’s not exactly Longsands, is it?”

Indeed not. But what is? People in Newcastle are very lucky to have not only Longsands but several other great beaches within a few minutes of a Metro station. The beach at South Shields is brilliant, and Sunderland can lay claim to the finest beach within a city anywhere in the UK.

But Longsands is, for me, the number one. In fact, I’m there at 9am most Saturday mornings with my eldest son and about 50 or so other people at a beach bootcamp with David Fairlamb (who writes a Saturday column for The Journal). My son and I love it, though I must confess the Saturday morning when we ran, jumped and did press-ups in the teeth of the Beast from the East was not the most fun I’ve ever had in my life.

We aren’t even the maddest people down there on a Saturday morning. There’s usually a little knot of hardy folk, pensioners some of them, who toddle in their cossies down to the sea for a brisk (very brisk) swim. Mind you, the sea at Longsands is as cold on a scorching August day as it is on a February morning, so I guess it makes no difference when they have their dip.

When I moved to North Shields in 1994 the area around the Fish Quay was struggling a bit. The seafood has always been amazing – my late father-in-law, who owned two small boats operating out of the Fish Quay, used to bring back stunning prawns for us to have as starters.

It has undergone a transformation that continues to this day, with smart rows of restaurants appearing and new homes being built. It’s not complete – the shattered shell of the old Tyne Brand factory still looms rather too large for comfort. But the whole area is a million times better than it was and looks to be doing well.

A few weeks ago my wife and I decided on a walk down to the Fish Quay in search of a meal. It was a Saturday night but as it was January we didn’t expect many people to be out. But the bars and restaurants were nicely full and good business was being done. We ended up in the Staith House (as I had always kind of intended). It’s a treat night for people on our budget, but worth every penny. No wonder it wins awards.

In 2017 the Fiddler’s Green statue was unveiled near the Fish Quay. I think it’s wonderful. I do wonder what my fisherman father-in-law would have said about it. I’m sure the words “bloody waste of money” would have been in there somewhere. But I think under the bluster he’d have been proud of it.

The plaque on the base of the statue reads: “To the fishermen lost in the cold North Sea, and the ones who will be so, I’ll be seeing you all on Fiddler’s Green, be steady as you go. For Fiddler’s Green is a place I’ve heard tell, though no one really knows, where the fishermen go if they don’t go to hell, and no Arctic wind will blow.”

In August 2010, four years almost to the day after my father-in-law died, his neat little fishing boat was struck and sunk by a ferry crossing the North Sea off the coast of Eyemouth, near Berwick. A 16-year-old fisherman died and the ferry’s captain admitted failing to change course or heed warnings from crew members about the proximity of the boat. I never met the boy who died, but I think of him when I read that wistful little rhyme on the statue’s base.

That night in January, full of the Staith House’s good food, my wife and I climbed one of the steep sets of steps from the Fish Quay back up to Tyne Street. We were puffing and blowing at the top. But at least we weren’t hauling a piano up there. It’s said that Stan Laurel, who lived as a child at nearby Dockwray Square, had a hand in basing Laurel and Hardy’s famous 1932 short film The Music Box on his memories of these North Shields steps. To be honest, the evidence seems a little thin – other than that the sketch was set on a long flight of steps and there are a long flight of steps in North Shields – but let’s go with it.

In those days, this part of North Shields was a slum. Houses crawled up the steep slope from the quay, rickety and badly drained. Eventually the whole lot was pulled down, leaving a grassed bank and clearing everything out of the way of that marvellous view from Tyne Street, almost as good by night as it is by day.

We walked westwards along Tyne Street. The lights along the Tyne prove that this is still a working river, with its busy freight and passenger ports and, further upstream, big chunks of kit being built for the offshore wind industry.

As we turned away from the river we passed Maritime Chambers. Opened in the early years of the 19th century as a subscription library, it was a shipping company headquarters for almost a century and is now the town’s Registrar’s Office.

I’d always thought it was a great place for a wedding ceremony. I’ll find out next year when my younger daughter gets married there. I expect it will be a wonderful day, but I can already guarantee that the view will be amazing.