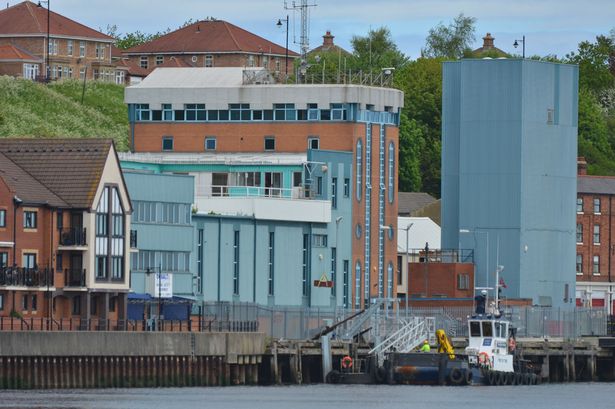 Founder Jim Mawdsley has revealed when then street food, music and drinks emporium will open for the first time.

The team behind the transformation of a former factory on North Shields Fish Quay has revealed when it will finally open its door to reveal a street food, spirits and craft beer emporium  under the name the Salt Market Social.

The first floor of the old Cosalt Factory on Liddell Street is undergoing a radical makeover, turning it from an empty industrial space into a colourful haven for craft beer and food enthusiasts.

Regular events are set to place at the brand-new indoor venue, after full approval was granted by the council following a full consultation with local residents.

And the Salt Market team – led by creative industry leader and founder Jim Mawdsley – has revealed the grand opening will take place at Easter, on April 9. The 450-capacity venue will be open from April 9 to 13, and other dates have also been confirmed for later months.

Founder Mr Mawdsley said: “When we open the doors of the Salt Market Social we want this special and unique venue to be a thriving hub for the local community and part of the increasing cultural offering of North Tyneside.

“We welcome and encourage those wanting to programme their own events in the flexible space we are providing.”

The Salt Market Social will serve up world street food provided by several of the North East’s finest eateries and also promote the best of the region’s craft beers, spirits, wines, lagers and ciders.

Open for families and foodies on the Friday from 5pm till 11pm, Saturday is 12 noon till 11pm with Sunday from 12 till 8pm.

Leading local breweries will feature at the inaugural event this March, with 12 craft beer lines plus cask beer lines.

Neighbours Flash House Brewery have been chosen to provide selected ‘house’ beers and are the only brewery pouring on a permanent basis.

The interior is being transformed with contemporary street decor and artwork by Tyneside artists to create a festival feel reflecting coastal heritage.

Based next to the Prince of Wales pub and Wooden Dolly, Salt Market Social joins a growing leisure economy in the revitalised North Shields Fish Quay area and will also be available for private hire.