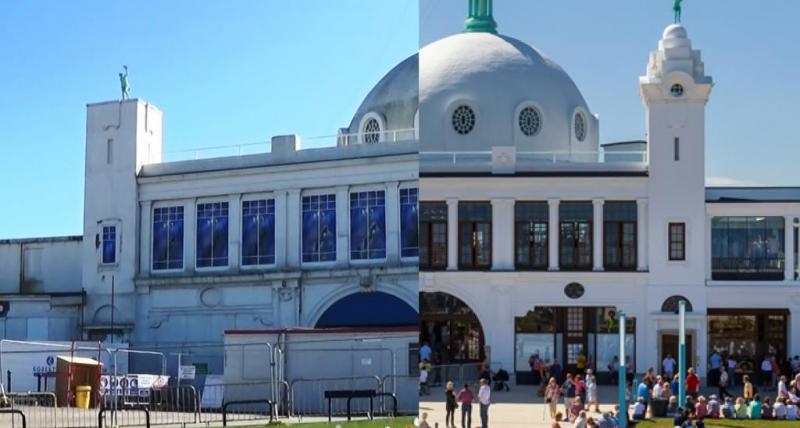 The team behind the transformation of Spanish City are celebrating yet again after winning two more national awards.

The recently-restored landmark was commended by the Civic Trust in March and has been shortlisted for numerous other awards since it reopened last summer, following the completion of a £10m regeneration project.

Now the project team have added two more awards to their collection at the Royal Town Planning Institute (RTPI) Awards for Planning Excellence 2019.

They won in two categories – Planning for a Successful Economy and Excellence and Planning for Heritage and Culture – with judges describing the project as one that had ‘the local community at the heart of it all’.

They said: “Despite being cherished by the locals this seaside resort had been left behind, but the council are putting it back on the map despite challenging circumstances.”

The Dome was also lauded as ‘a brave planning-driven project’, with judges commenting that ‘the economy, environment, heritage and the community as well as the wider regeneration scheme were well considered when delivering this project.’

“With the promotion of enterprise, skills and economic, social and environmental opportunities, ‘The Dome’ has been safeguarded for future generations, boosting local employment and restoring pride in Whitley Bay.

“Renewing the town’s confidence in the project has seen significant private investment through business creation and new housing.

“We are extremely proud to receive these two awards from the RTPI and it was a real team effort by everyone involved.”